If you missed it last week, here’s a second chance to get in and sample this cold-weather confection, with a couple of tacos on the side. 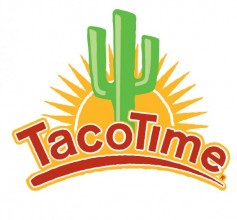